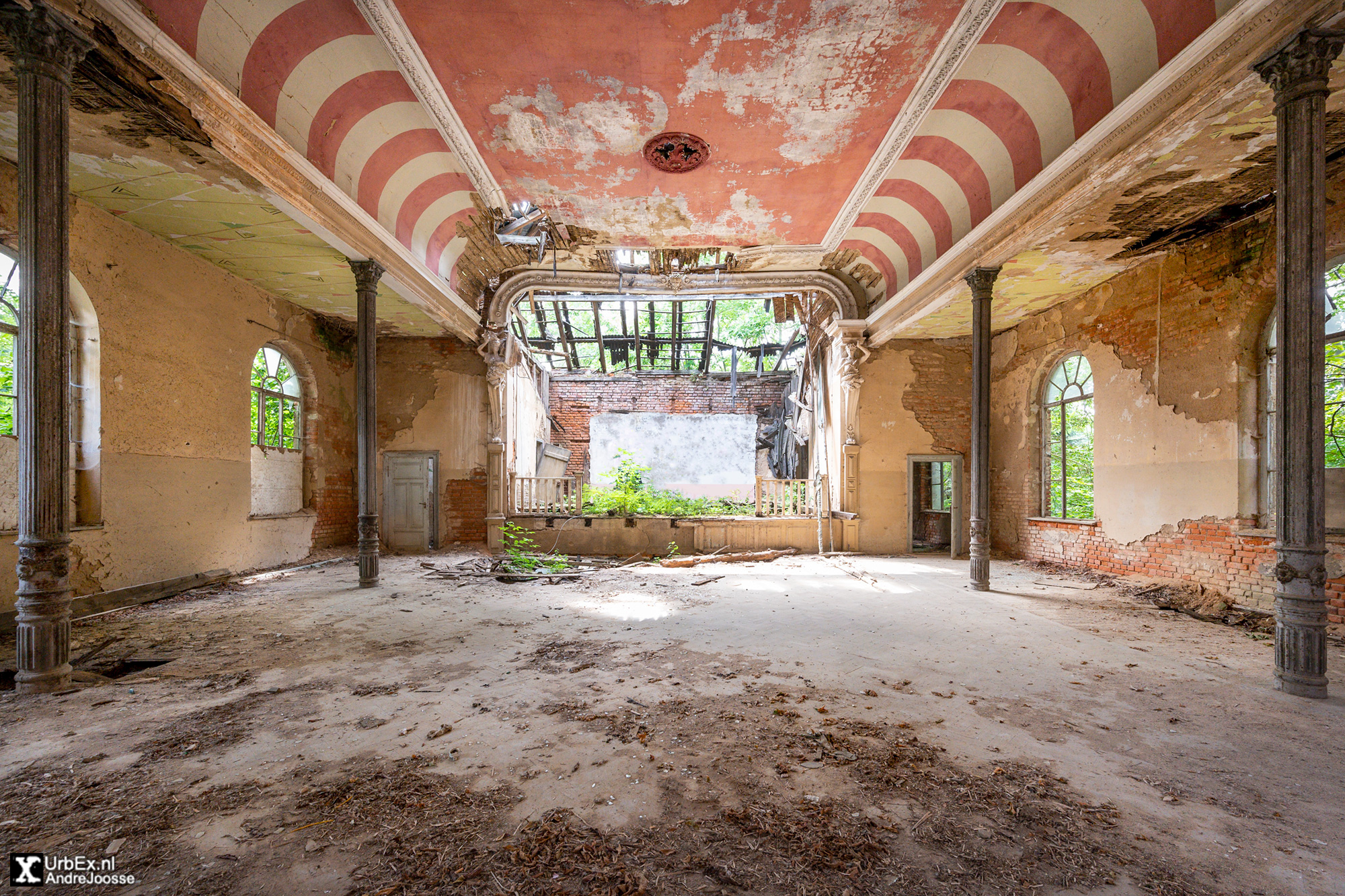 ‘Final Curtain’ is a serie with abandoned theaters, cinemas, ballrooms and other stages in the Eastern Block in Central and Eastern Europe. Most of them were left abandoned around the fall of the iron curtain.

During the 19th century, numerous commercial theaters and ballrooms were built that were financed by entrance fees. They were used in general for dancing, theater and music. But also by political parties, schools and other clubs. However mainly waltzes and other couple dances were danced there. Also many of these ballrooms were combined with restaurants. Since the social importance of the theaters increased after the end of the First World War, most have been abandoned or demolished.